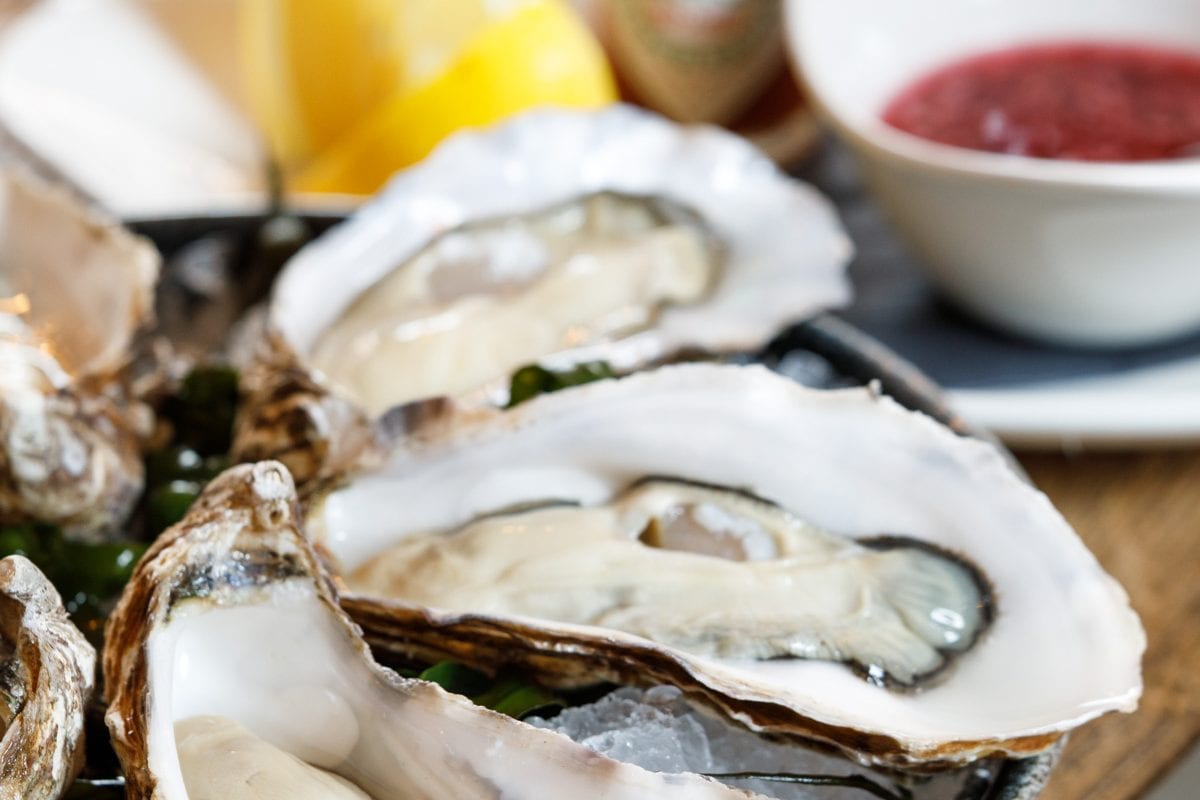 The simplest ideas are the best

The menu at SOLE Seafood & Grill has been a long time in the making and it has a unique array of seafood dishes on it, from classic to modern style creations. The basis of all dishes on the menu is the best quality seafood Ireland has to offer, that is what is most important. Executive Head Chef, Richie Wilson, chats about how the concept for the menu was designed and his favourite dishes.

“It’s a very simplistic approach to serving fish and I think that’s the way it should be. When you over complicate things the fish can no longer speak for itself, so to speak. When you are serving something as good as, for example, Dover Sole, it should be simple; simple is best. There are some of the dishes that we have approached with a very classic way of doing things and it was a purposeful way of doing it. Maybe it’s not an ‘ode to the past’ as much as it is recognising that some things that were done in the past were just done right. Dishes like Coquilles St. Jacques, Sole Meunière, Moules Marinière. In fact, mussels are absolutely at their best when done with just a little white wine, cream and garlic… phenomenal! You don’t need to spice them up or do anything, they’re perfect the way they are. That in itself is a difficult thing to get right though and you have to be flawless then in creating these dishes. We have to get it 100% right, 100% of the time. When there are 2-3 ingredients on a plate, you always have to get it right. I do think it’s the right approach and that’s what we’re doing.”

“But then we do also have one or two dishes on the menu that are perhaps a little different for the diner. The one I’m most excited about at the moment is the new sea bass dish. Every chef is like that about their newest dish, it’s really exciting to add something new. The fillet of sea bass itself is wild; we’ve gone after this really big fillet so that we can do everything we want to do with it and get a really crispy skin, but still have a significant flesh underneath. Sometimes with farmed sea bass by the time you’ve pin-boned it and taken the fat off you’re left with quite a skinny piece, so we wanted to get as big a fillet as we could, which of course is expensive, but we wanted it to be right. The sea bass itself is just pan-fried, as it should be, with a little bit of butter and lemon and nothing else. It’s served with some really nice purple potatoes, silky smooth cauliflower purée, romanesco broccoli, which just pops of colour on the plate, deep fried oysters and wild garlic. The whole thing is split on the plate with red onion and vinegar butter and garnished with watercress.”

“The nature of fish though is that even the sea bass dish that I am so excited about now, in about three or four weeks, will have run its course. That’s a good thing though, that it will be gone in a few weeks and that we have to move onto something else. We are basically at the beck-and-call of the fisherman at this stage, the menu can’t be a seasonal menu in the same way you’d have in a normal restaurant, we have to be able to adapt as soon as we find out that something is not available for the next few weeks.”

“In saying that, we do have dishes that will be on the menu all year round, like our oysters; thankfully we live in a world now where oysters aren’t just available in months with an ‘r’ in the name! Absolutely the native oysters will only be available to us at certain times of the year, however, the rock oysters will be available and there are such amazing varieties and they are of such brilliant quality.”

“The Sole Skewers starter that we have on the menu at the moment, we will be able to adapt them throughout the year. At the moment we are using lemon sole, later on, we might have to change to slip or black sole, to continue that dish. I think it’s important to always have a sole dish on the menu given the name of the restaurant!”

We use cookies to improve your browsing experience and to provide advertising which we believe may be of interest to you. By continuing to use the site, you agree to the use of cookies. To find out how to manage and disable cookies please read our cookie policy.