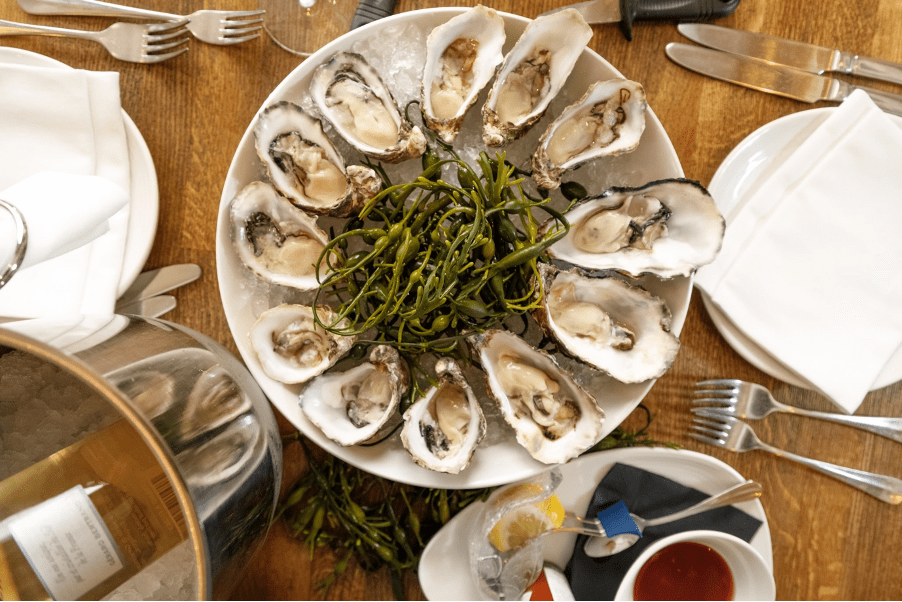 At SOLE Oyster bar in Dublin, provenance is paramount when we create our menus, we have a close connection with all our suppliers which helps up get the very best quality ingredients.
We serve fresh Irish seafood daily at SOLE Dublin, including Irish oysters.

We work with four oyster farms, all from the west of Ireland who all produce the very best oysters in Ireland. Check out our menus to find the best oyster dishes we have at our restaurant.

Located on Carlingford Lough, this family-run business has been passionate about providing the best oysters since 1975. The lough provides the ideal conditions for the oysters to grow and thrive, with the ocean tides providing enough nutrients for each oyster. .

In Carlingford Lough they have a huge exchange of water with each tide which provides the nutrients on which the oysters feed. In conjunction with this freshwater flowing in from the mountainsides north and south of the Lough give Carlingford Oysters a very rich and distinctive flavour. 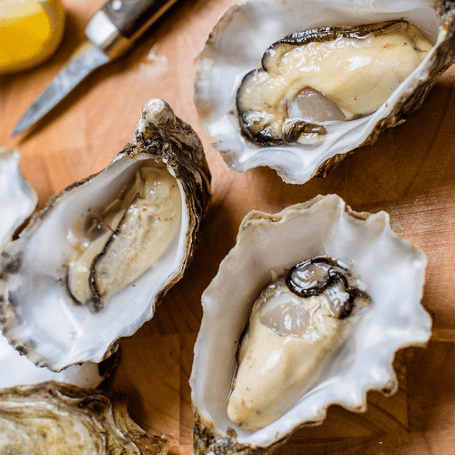 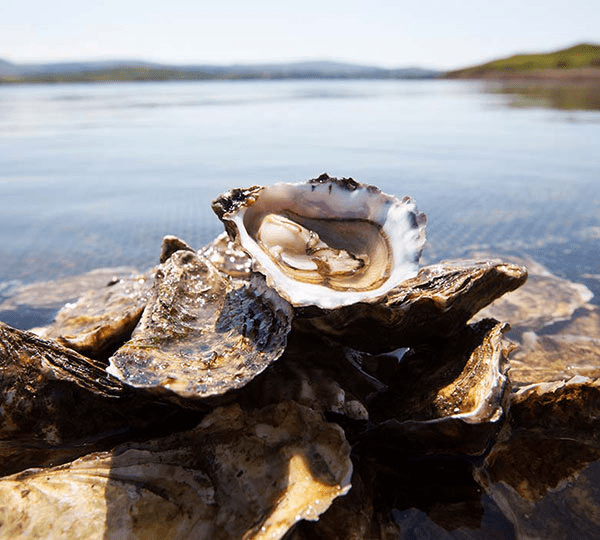 These oysters are grown in the pristine waters of Ballinakill Bay, Co. Galway in a sheltered bay, which is influenced by the North Atlantic drift.

The mixture of both fresh and saltwater contribute to the oyster’s sweet and creamy flavour notes. You can also experience David Keane’s oysters in our sister restaurant, FIRE Steakhouse & Bar. 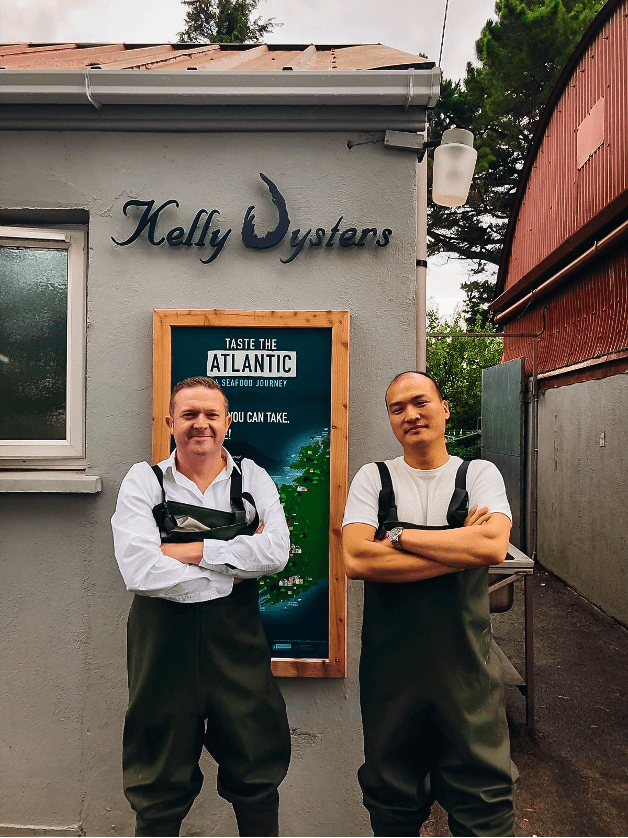 For more than 60 years, this family-run business has been growing the highest quality oysters in Galway Bay.

The seawater blends with the clear waters from the Burren and Connemara, to produce oysters that have a unique and exquisite taste that leaves an extraordinary fullness and flavour on the palate.

September was the beginning of the Native Oyster season, which lasts until April 2021. Native oysters are flatter and more consistently shaped than a rock oysters.

The meat in these oysters is delicate, with a succulent texture and a crisp taste, making them a favourite among seafood lovers. The rock oyster is a bit bigger and is available all year round.

We source our Native Oysters from DK Connemara Oysters. 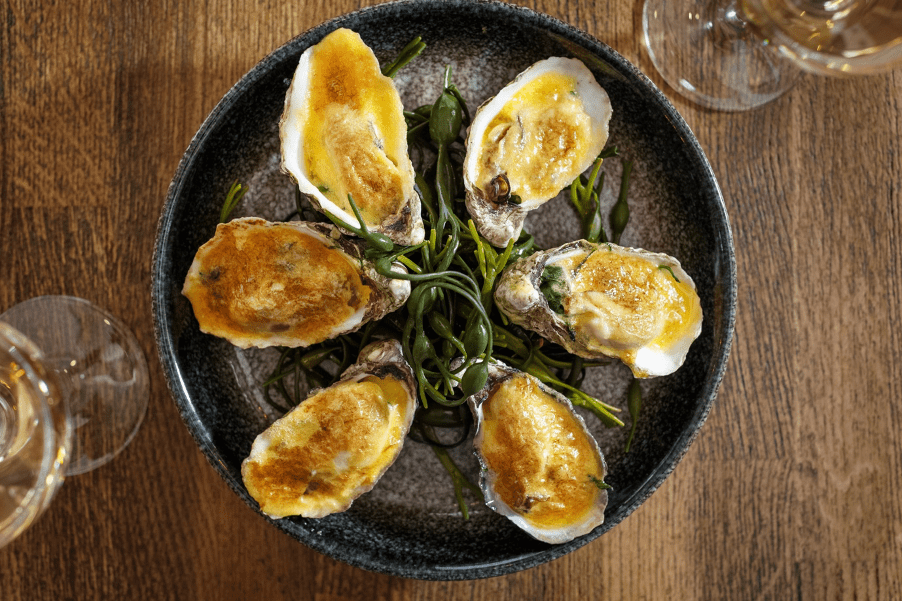 We offer fresh Irish oysters daily at SOLE on all our menus. Our Early bird includes 4 rock oysters of your choice, served with raspberry & shallot vinaigrette, lemon and tabasco.

Oysters are a type of mollusk that are typically served raw, either on the half shell or grilled. They are often considered a delicacy and are known for their salty, briny flavour.
Oysters can be found in many coastal regions around the world, and they are typically harvested from the ocean.

What are the benefits of eating Oysters?

Oysters are high in protein and are a good source of vitamins and minerals, including zinc, iron, and vitamin B12. They are also low in calories and fat.

What are the best ways of eating Oysters?

Oysters are often served as an appetizer, and they can be enjoyed with a variety of accompaniments, such as lemon wedges, hot sauce, and cocktail sauce.
Some people also enjoy oysters as a topping on pizzas or in various dishes such as oyster stew or fried oysters.

What are Oyster bars?

An oyster bar is a type of restaurant that specializes in serving oysters. Oysters are a type of mollusk that are typically served raw, either on the half shell or grilled.
Oyster bars often have a wide selection of oysters available, and may also serve other types of seafood.
In addition to serving oysters, many oyster bars also offer a range of other dishes, such as soups, salads, and entrees featuring seafood.

Oyster bars may also have a full bar, serving cocktails, wine, and other beverages.

Do you get oysters in Ireland?

Yes, you can get oysters in Ireland! Oysters are a popular seafood delicacy in the country and are widely available.
Oyster beds can be found along the coast of Ireland, particularly in the south and west. The most common type of oyster found in Ireland is the native flat oyster, which is known for its sweet taste and firm texture.

Is Dublin known for oysters?

Dublin has become increasingly popular for its fresh, succulent oysters which are served in many restaurants and bars across the city.
The quality of these oysters has made them a favourite among locals and tourists alike.
Dublin is not particularly known for its oysters, so most of the oysters consumed in Dublin come from other countries.

Where to eat oysters in Dublin?

If you’re looking for a delicious seafood and Oyster experience in Dublin, Ireland, then you should definitely consider SOLE Seafood & Grill Restaurant on 18 – 19 South William Street, Dublin 2.

Where do you get the best oysters in Ireland?

Oysters are a popular seafood delicacy in Ireland, and the country is home to some of the best oysters in the world. The most sought-after oysters come from Galway Bay on the west coast of Ireland.
This area is known for its high-quality, sweet-tasting oysters that are harvested from beds located in the bay.
These oysters are usually served raw or lightly cooked and are often accompanied by a variety of sauces.